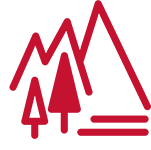 The Summit is typically held during the Fall Semester at the Alta Peruvian Lodge in Little Cottonwood Canyon. As the event draws closer, keynote details and SLS Facilitator Bios will be announced here. Registration is $20 and includes transportation to and from the Union Building to the Alta Peruvian Lodge, Breakfast, Lunch, Snacks, and an amazing leadership development experience. If you would like to attend the summit but the registration fee poses an obstacle for you, please do not hesitate to contact us at the email below to discuss options. 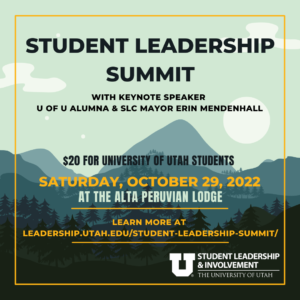 WHAT WILL I LEARN AT THE SUMMIT?

Student Leadership & Involvement uses the Social Change Model of Leadership Development as a framework for a series of guided conversations, engaging activities, and keynote addresses.

MEET THE KEYNOTE AND SLS FACILITATORS

The 2022 Student Leadership Summit will be held on Saturday, October 29th. 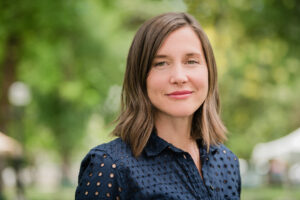 Student Leadership & Involvement is excited to host U of U alumna and Salt Lake City Mayor, Erin Mendenhall as the Keynote speaker for the 2022 Summit. Erin Mendenhall was sworn in as the 36th Mayor of Salt Lake City on January 6, 2020. Prior to being elected Mayor, Erin represented District 5 on the City Council for six years, including one year as its chair. She is the first mayor in Salt Lake City history to have been publicly elected from the City Council. As Mayor, Erin is working hard to make Salt Lake City more environmentally and economically resilient, and to take advantage of the region’s historic period of economic opportunity. She is determined to ensure every Salt Laker — no matter their neighborhood, economic or housing status, faith, race, or sexual or gender identity — can access all the city has to offer. Erin’s love for the extraordinary people of Salt Lake City drives an unrelenting commitment to bringing people from different walks of life together in pursuit of results for the entire city.

Role at the University of Utah: Associate Director of Student Services, School of Accounting

Favorite Quote: “Character is higher than intellect. A great soul will be strong to live, as well as strong to think.” – Ralph Waldo Emerson

Favorite quote: “Let go of who you think you’re supposed to be; embrace who you are.” - Brene Brown

Favorite quote: “All that you touch you change. All that you change changes you. The only lasting truth is change.” – Octavia Butler

Role at the University of Utah: Interim Director, Office of Fraternity & Sorority Life

Favorite quote: “Impossible is just a big word thrown around by small [people] who find it easier to live in the world they've been given than to explore the power they have to change it.

Registration for the 2022 Summit will open on Monday, September 26th! Priority registration deadline is October 7th, however we expect the summit to sell out quickly! If you have questions about registration, fee waivers, ADA Accommodations, or for general inquiries, please contact leadership@utah.edu or call 801-587-9142.